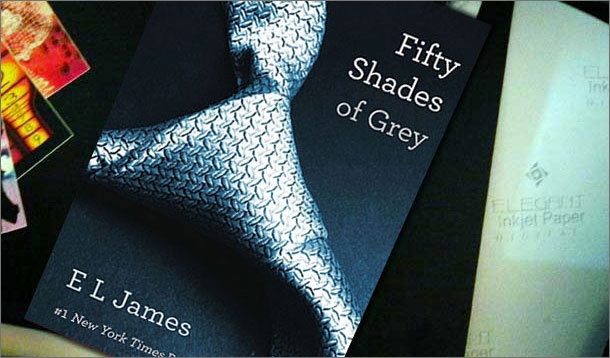 50 Shades of desire or divorce?

50 Shades of desire or divorce?

50 Shades of Grey has for sure given millions of women food for thought and an appetite for more creative play in the bedroom!  It has brought out into the open a lot of secret desires that would otherwise have to be kept under the duvet covers.

This particular wife in question is a 41-year-old banker earning more than £400,000 a year, she has high expectations and a lifestyle to suit, why not carry this into the bedroom?

However, there are plenty of people out there who would support this jilted husband and that’s the female Christian bloggers who say the book is sinful, twisted and even dangerous.

Christian author Dannah Gresh says reading the novel is a form of adultery: “anything other than my husband creating arousal in me would be missing the mark of God’s intention.” She also argues that over time, reading 50 Shades and books like it will render women unable to enjoy sex with their husbands, because “erotica robs you of real sex.”

Personally, I don’t have much sympathy for men who feel threatened or bullied into having to turn up their skills in the bedroom, I say about time women spoke up.  We live in a world where women are sexualized in every way from selling chocolate bars to provocative underwear.  It seems incoherent for society to want women to be sex on legs yet be happy to put up with just ‘vanilla sex’.

Rabbi Shmuley Boteach says, ‘most women have not experienced men who want them with this level of desire, that’s why 50 shades is such a success.’  He talks about the female character in the book being developed by the love of her man and believes this is what wives want to feel from their husbands today.

So the question still remains to be answered, desire or divorce?

Perhaps the answer lies in the strength of each relationship and your own personal flavour.

Please click on the button below and choose a day and time that are convenient for you for your call.