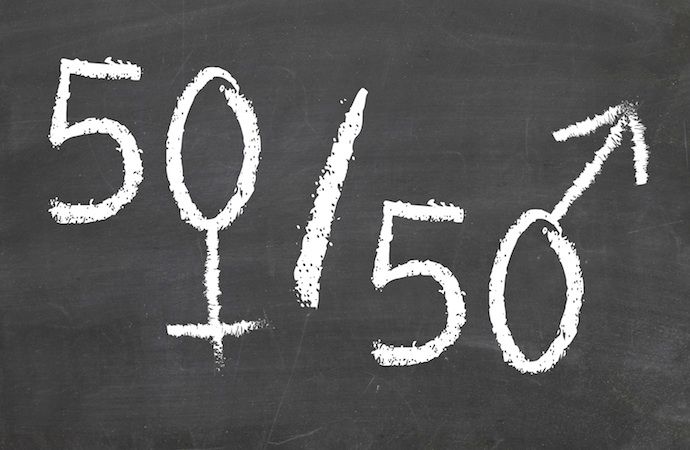 Should men and women be equal in the dating game??

Over the weekend I was out with a group of single friends and we got caught up in the debate over who should pay on the first date?  Is it okay for a woman to ask a guy out?  When is the right time for the woman to insist on paying for the man?

There seemed to be a real difference of opinion. One girl got very upset when I suggested she should never ask a guy out and that she should hardly ever return his phone calls and certainly never pay on a first date…

I went on to explain about ’The Rules’, in brief, something that my wise step mum has been suggesting I do for years and I have laughed in her face.  Only to have recently read this book, ‘The Rules’ and now see it as my well-needed bible!

The thing is that men like the chase, and by not calling them back immediately and being a bit vague with your weekly whereabouts, you are creating some of the magic and mystery that is needed to ignite the male interest in the early stages of dating.

One girl said that she did the rules on a guy she liked and he stopped calling her and asking her out.  When she asked why, he replied, ‘you never agree to date me on a Saturday night, I thought you were just not interested.’  She went on to explain that in order to get a Saturday night date with her, he had to call on a Tuesday the latest and he had been asking her on a Thursday.  To me this makes perfect sense, if I wanted to see a girl friend on a Saturday night, I will ask her about a week in advance, or by Tuesday night, it’s about planning and respect.

Then we got on to the subject of money, wow!!  I nearly got my drink thrown at me when I strongly suggested that women should not be paying on the first two dates (ideally three).  Yes, you should offer (faintly), but don’t take away the man’s job of treating you and spoiling you.  It makes them feel like a man and that they are doing something nice for you, never feel like you have to give anything in return, your company is simply enough.

The poor guy in the group of three women added that he likes to pay for women and that it is not about the money at all.  Once you get into more of a relationship he then expected the woman to buy some coffees and offer to cook a dinner say once a fortnight.

Then there is the book called ’he’s just not that into you’.  This book came up as I boldly explained that men really don’t need our help in asking them out.  There are simply not too shy, nervous, forgetful, ill or any other excuse….to pick up the phone/ computer/ text to ask you out.  And when you help them out, you take away their job.

It’s no different to work, say you go into work and someone puts a fabulous PR article on your desk with your name on, you submit it and you get loads of publicity for your company.  How much more rewarding would it be if you wrote that article yourself? If you had to work for it, you would be so proud just to show everyone your name in print!

So ladies, next time you are reaching for your purse on a first date, or dialling his number to ask him out, just stop for a moment and wait…

The best things in life are worth waiting for ….

Please do email me back with your comments; I would love to hear from you.

Please click on the button below and choose a day and time that are convenient for you for your call.